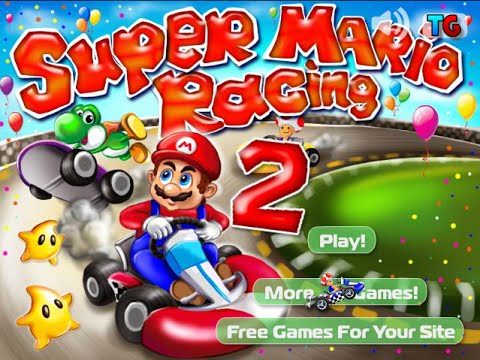 This game is a top favorite of most individuals who love to play Mario Kart and Super Mario Kart. The visuals and graphics are excellent for a pc game that can be played online, and the game offers an amazing gameplay experience. The game itself is in 2D, and all action, driving, and racing are done in a side-scrolling manner. However, there are a few enhancements that have been made such as weapons that can be collected while racing, as well as the controls that give you the ability to jump. There is also a requirement of having to complete 3 laps in every race.

This racing game was developed by GAMESUMO.com and considering that it doesn’t feature any violent graphics and is quite simple, it is suitable for all ages, even young kids who have recently started playing games. This game can be viewed on your browser such as Chrome, as it requires the usage of Flash to operate.

How to Go About Playing Super Mario Racing:
The main aim of this game is to win all the races that you are competing in. To race, you will be given the option to select multiple familiar characters that have been featured in previous versions of Mario Games. These characters include Princess, Bowser, Yoshi, Donkey Kong, Wario, and obviously, Mario himself. There is another option of obtaining two special characters that are locked – Little Mushroom and Luigi.

With a total of 6 races, there is a different type of map available for each racing game. A total number of 3 laps are present in each race you compete in. While racing, you can also pick up and collect items that you may find on the way. These may include flowers, bananas, feathers, and mushrooms. These items can then be used to slow down your opponents by attacking them.

It is possible to both drive and jump at the same time in this game, and this ability can be used to obtain stars on the Mario map. The first race can be completed by attaining one of the top 3 positions in the race.

Super Mario Racing Tips and Tricks
It is possible to play this game in full-screen mode to give you the best gaming and user experience.
The game can be paused, resumed, or restarted. It is also possible to turn off the sound and turn it back on according to your wishes. This can be done through the settings that are available on the game screen.
To unlock Little Mushroom and Luigi characters, you need to complete and win the whole game.

You can play the flash inclusive super Mario racing game online free on your computer.

Super Mario Racing 2
This game is the second version, and a sequel to the Super Mario Racing game, which was first launched in 2007. In this game, Mario will present at the starting line of the races, but will also be competing in multistage challenges with other characters. There will be difficulties and obstacles in the road, and you can utilize items in order to slow down your opponents. This game like its predecessor has simple graphics and is kid-friendly.

This game is available on most children’s games websites and can be played on a desktop or web browser. Some sites also offer compatibility with playing this game on your phone (iOs and Android).

How to Play Super Mario Racing 2
The game can be played by using the arrow keys to drive the vehicles and using the spacebar to shoot items at your opponents.

The deluxe version of Mario Kart 8 has rightfully earnt this #1 spot. The anti-gravity mechanics was introduced into the game design, which was a popular feature amongst users as this allowed Mario and other characters to be able to drive on the ceilings seamlessly. Users could also attain a speed boost, and the game could be played effortlessly and smoothly.

This version of the game was extremely well designed, challenging, and fun to play. The main feature of this game that was loved by all was the battle mode, where you could play multiplayer against another player. Arenas could also be utilized in the game. All in all, the game was a part of everyone’s daily routine with its unique control features and helpful shortcuts.

Most users that have played this game put it on the top of their lists. This game was quite charming, even though it only had one person controls however, the acceleration and speed in this game were top notch. What is also interesting is that every character had their own personal item they could use as obstacles against other characters e.g Mario and his fireball. The game itself was chaotic and quite fun to play.

Most users claim that they had the best experience with this handheld device. The Wifi Connection feature could be enabled, and users could select a mode and play the game online with their friends. A 32 track single-player mode was also offered for those users who did not want to use the Wifi feature. Two different battle modes could also be utilized on this small device.

Mario Kart 7 is quite popular amongst most users. Nintendo introduced customization features and users could experiment with different gliders and tires and add these onto their kart. Overall, the game was quite enjoyable and fun to play with nice gaming experience.

This version of the game was not as serious as it was meant to be. However, it did bring to life the 2D / Mode 7 style of the game, which was quite a unique feature for Mario Kart 64. The sound system, design, and controls were also excellent for this version of the game. The Power Slide Turbo Boost speed feature was also introduced in this game.

Mario Kart Super Circuit
This game was portable and easy to carry around and made it different from the other versions of the Mario Kart games. It had a mixture of 2 games, which came with excellent packaging as well as newer tracks being introduced in the game.

Mario Kart introduced some neat features in the game such as bikes, and numerous control methods. The tracks were designed exceptionally and were equipped with shortcuts. The design was also quite simple and easy to get a grasp of and the game, in general, was accessible to all.

These Mario games are quite fun to play, and Super Mario racing can be played online by kids and adults of all age. 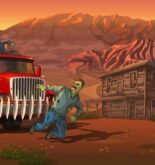 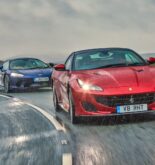